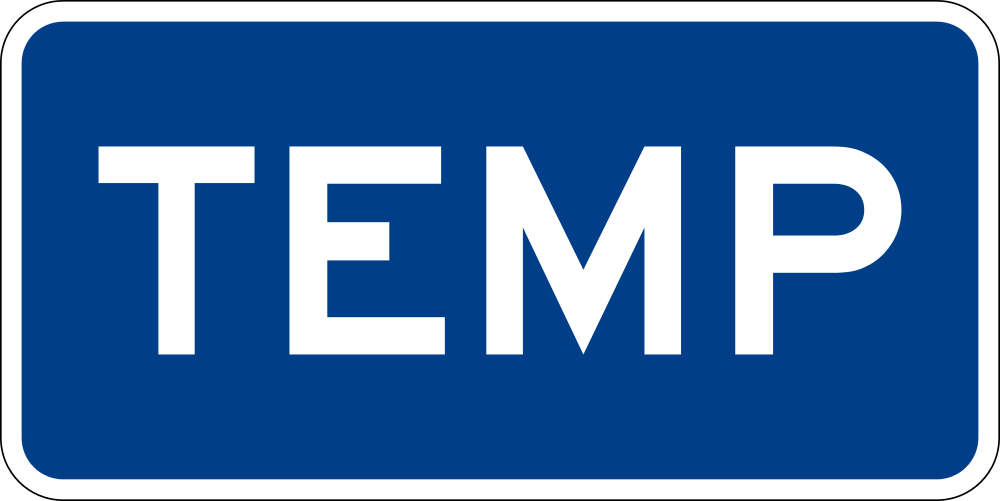 I was a temp once. I seem to remember endless filing, and watching the clock crawl. I recall daydreaming, staring out the windows of New York City skyscrapers, wondering where these menial tasks would eventually lead me. I recount laissez-faire managers, understaffed and overworked. I spent months at a customer service call center for an inept baby furniture catalog, reassuring emotional, expectant mothers that their carseats would arrive on time. And weeks at a pharmaceutical company, photocopying enormous binders (until the copier jammed, and critical Board documents became a ticker tape parade). It wasn’t until the temp agency themselves hired me (temporarily, of course) that I got to see firsthand why temps suck.

Last-minute requests to replace sick or injured workers flooded the phones. Meanwhile, cancelations poured in from sick or injured temps. Rarely did the clients’ search criteria meet the candidates’ skill set, and even more rarely were the right hires available to show up 15 minutes ago.

Granted, this was before the days of the internet, which should make the search for the right temp as simple as finding a date on match.com, right? Then why, when I found myself on the receiving end of temps over a decade later, was it still so chancy? I’d submit my requirements to HR, who conveyed them to the temp agency, who would subsequently send someone who didn’t meet those requirements at all (not to mention their lack of social skills and affinity for cheap perfume). But by that time I was so desperate for an extra set of hands that I’d spend an unreasonable amount of time training, cross-checking and correcting mistakes, often to the point where I’d wonder if it would have been faster to have done it myself. Sound familiar?

Perhaps the crux of the problem might lie right there in the title: “temp.” The moniker actually dissuades workers from becoming too invested (after all, it’s only temporary). Where is the incentive to excel at these tireless and tedious tasks? On the flip side, why should employers empower free agents who could literally take off at any moment?

As the gig economy grows, It’s no wonder that “temps” are playing second fiddle to “freelancers,” “contractors,” and “contingent workers.” The difference? Personal investment. Freelancers and contractors seek short-term or project-based work, and make a career out of taking on various assignments. Contingent workers are hired on a trial basis with the potential for permanent hire. These arrangements incentivise top performance and hinge on a good reputation.

According to a study by Elance-oDesk and the Freelancer Union, 53 million Americans— a third of the workforce—do freelance work (though, according to the American Staffing Association, only 3 million of these were employed by temp staffing agencies). Congruently, an Ardent poll estimates that contingent workers will account for nearly 45 percent of the world’s total workforce. This flexibility allows companies to contract when budgets are tight and expand according when revenue and demand increases.

The arrangement also means less commitment for the employee. A skilled tech specialist can take on contingent assignments and have the flexibility to travel or explore other interests, rather than being tied down. Not to mention the experience of working at multiple companies. “A large number of people, particularly in IT and health care, do this,” says Jon Osborne, VP of Strategic Research at Staffing Industry Analysts. “That is how they live. Both the employer and employee side are seeing some advantages.”

So what’s the drawback? For companies who use a traditional temp agency, get ready to tack on 25-150% of the worker’s salary. According to Debra Bergevine, Chief Marketing Officer at DCR Workforce, it’s not unusual for a company to be spending $30 million to $100 million on agency-supplied workers.

Fortunately, technological advances and the rise in corporate alumni networks provide an alternative, more cost-effective and reliable recruiting channel. By offering an exclusive platform for current and former employees, companies can publicize professional development and contract opportunities to a trusted talent network.

The average amount of time it takes to hire an independent worker has decreased from 43 days (via traditional staffing methods) to 3 days (via an online marketplace). Bring that number down even further when you have a vetted network of current and former employees, whose performance and caliber you can measure from first-hand experience. Your gig workers are boomerang employees who are ready to rock the minute you say the word go.

From Boomers who aren’t quite ready to retire, Millennials who want freedom and fulfilment, and Gen-Xers who are building families and careers simultaneously, the independent worker trend isn’t going away anytime soon. Is your company ready?

Why you Should be Aware of Boomerang Employees

How HubSpot is Nailing its Alumni Community

Sign up to our monthly newsletter on all things people related including key people resources, market leader interviews and upcoming people trends

We use cookies on our website to give you the most relevant experience by remembering your preferences and repeat visits. By clicking “Accept All”, you consent to the use of ALL the cookies.
Cookie SettingsAccept All
Manage consent

This website uses cookies to improve your experience while you navigate through the website. Out of these, the cookies that are categorized as necessary are stored on your browser as they are essential for the working of basic functionalities of the website. We also use third-party cookies that help us analyze and understand how you use this website. These cookies will be stored in your browser only with your consent. You also have the option to opt-out of these cookies. But opting out of some of these cookies may affect your browsing experience.
Necessary Always Enabled

Performance cookies are used to understand and analyze the key performance indexes of the website which helps in delivering a better user experience for the visitors.

Analytical cookies are used to understand how visitors interact with the website. These cookies help provide information on metrics the number of visitors, bounce rate, traffic source, etc.

Advertisement cookies are used to provide visitors with relevant ads and marketing campaigns. These cookies track visitors across websites and collect information to provide customized ads.

Other uncategorized cookies are those that are being analyzed and have not been classified into a category as yet.